This article is for those guys who don't mind troubles. ⊙﹏⊙
So, here's a saving way to travel from Beijing to Shenzhen(or Guangzhou,Hong Kong) via Shijiazhuang Zhengding International Airport(SJW), which costs you low to ￥370 and about 8 hours for a single trip.

So...actually...HOW to make it possible?
1. Buy the High-Speed Rail Ticket. You can buy it via Internet, Railway Station or Ticket agents.
a. I prefer buying ticket on the Internet. (You can buy tickets 20 days before departure, but you need a UnionPay card and the website is in Chinese.) Why not ask a local friend to help you out?
b. Maybe the most convenient way for you is to buy tickets at the Railway Station.(1~18 days before departure.) Tell the clerk your DESTINATION[Zhengding International Airport] and DEPARTURE DATE, show your PASSPORT, and pay. Tips: Buy tickets at Beijing North Station(Xizhimen) may save your time.
c. Recommend : Make sure you can get cheap air tickets before buying railway tickets.

2. Book your air ticket.
(Spring Airline is a Low Cost Carrier)
a. Click in Spring Airline Offcial Website: www.china-sss.com . You can switch it to English.
b. Search your flight. (The same as you do with other airlines)
c. Purchase it immediately if the fare is low enough. (Accept both Chinese bank card and International Credit Card.)
d. Caution: Special tickets can NOT be refund. ( except Taxes and Sub-charges )

3. Make sure your Connecting Time is more than 90 mins. (From the arrival of Railway to the departure of Flight)
OK, all the bookings you need are done.

How to... GO? Take Beijing->Shenzhen as an example.
1. I brought a railway ticket departure at 7:10. So I got to Beijing WEST station at 6:00 and had a Value Breakfast at McDonald's outside the station.(The McDonald's inside the station is a robber! Well, you know the reason.) It's recommended that you get to the railway station at least 30 min before departure.
2. The train took me to Zhengding airport station. I exited the paid area, followed the airport sign to take the shuttle bus. It took me about 10 min to the airport terminal.
3. I used the Self-service machine to check in. (Or Counter.)
4. With my Boarding Pass, I took few steps to the Airport Information Counter. Showed the stuff my Boarding Pass and High-Speed Rail Ticket, then he wiped out my High-Speed Rail fare.(Yes! He will give your money back!)
5. I passed the Security Check and did as usual.
6. Shenzhen!

How can this be such cheap?
1. You know, Spring Airline is a LCC.
2. Zhengding Airport is not busy,compared to Beijing. So Airline operation is low.
3. The airport is willing to attract passengers from nearby cities, so it wipe out your rail ticket. 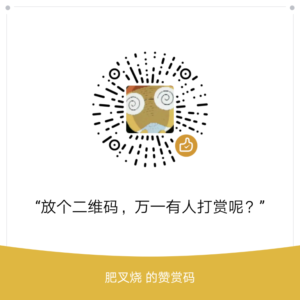